The Yao Nationality of South China

Basic facts about the Yao

The Yao minority encompasses about twenty peoples with distinct yet related languages and cultures. In China they are about 3,000,000 people distributed in the provinces of Guizhou, Guangxi, Yunnan and Guangdong and some thousands more live in Vietnam, Laos and Thailand. They speak languages of the Miao-Yao branch.

The Yao minority is one of the minorities with the longest history and relationship with the Chinese. Their ancestral home is located in the region south of the Yangtze River, from where they would have been exiled peacefully with the arrival of Chinese migrants. In exchange they obtained the privilege of not paying taxes and duties, the meaning of their ancient name. As the compromises were not respected there were numerous wars and new migrations throughout history, with the final result that the Yao now live in the less productive lands of their regions.

They share with many other East Asian peoples the worship of ancestors and the forces of nature, but outstanding among the Yao is the preservation of Taoist cults already disappeared elsewhere, and among some of their branches, the worship of Pangu, their dog ancestor.

There are important differences in the marriage customs of the Yao, although in general, before the modern influence, the young people had sexual freedom and freedom to love, and often the relationships were very liberal.

The Yao became famous in the last decades of the 20th century when their magnificent Taoist paintings, used by their shamans in their religious ceremonies, became known. Among their myths, their matriarchal mythologies stand out.

Their most charismatic festivities are the festivals in honor of King Pan, as they call their ancestor Pangu, which take place in December. Other more intimate celebrations, full of religious significance, are the so-called Dujie, the rites of passage through which the children are incorporated into the adult world.

The Yao are dispersed for all the provinces of South China and the neighboring countries.

Main branches of the Yao Nationality:

The Yao are extended in a wide area of Southeast Asia, characteristically lived in small, widely-scattered communities

History of the Yao:

They consider that Panhu is their ancestor. A mythical figure placed in the center of their most important myths.

Thoughts about the Yao history:

Further research on the historicity of the Pan Hu myth could unveil the nature and time of the first Yao contribution to the «royal court.»

The religion of the Pai Yao:

All these spirits originated in the human and animal world; because they think that after a person or an animal die his soul will become a spirit. It the dead were a good person the spirit will be a good one and a bad one if he was bad.

Popular among the Yao people in Wenshan and Honghe Prefectures, the Dujie masks are used for the ceremonies of the boys’ rites of passage.

Interpretation of dreams among the Yao

The Yao have a complex system of dream interpretation, which, like other neighboring peoples, they divide into auspicious and unfortunate.

The drum of the clan among the Balou Yao:

Their economic and productive unity is symbolized in the psychological realm by the bronze drum.

Different marriages of the Yao:

There are different kinds of marriage, though all they have some common characteristics.

All around China, the seventh month of the lunar calendar is known as the month of the ghosts, because in this month is celebrated the Mid-Year Festival.

An overview of one of the counties where they are concentrated.

Some books we have browsed about the Yao

He Hongyi.- The magical ancient books of the Yao people – A Study of the Yao Manuscripts in the Collection of the Library of Congress.

The documents represent great contribution of the Yao people to the world valuable cultural heritage. They are also the key to our understanding of the Yaopeople and their culture which deserves people close attention of our society.. The collection has immense value in the study of the. minorities, their folklore, religion, linguistics, literature and art.

Scholars Researches available in the Web

Iu-Mien is a language of the Hmong-Mien (formerly Miao-Yao) family spoken by the Iu-Mien people, the largest ethnic group within the Yao nationality.

G.B. Downer.- Strata of Chinese loanwords in the Mien dialect of Yao

Mien possesses many loans which have unmistakably ancient features which are in general not found among present-day Chinese dialects but which are known to have existed in the past.

Jiann Hsieh.- Pai Yao’s Ethnicity through their own document – A preliminary study of a Pai Yao religious book.

In the present paper, the author attempts to analyze a religious book of the Pai Yao which he collected in Jingkeng, Liannan during the period of his field study in the summer of 1986. Although the above Book, commonly called the Song-Gui Shu, or. literally, the Book for Driving-Away-Ghosts, is incomplete, it has been exclusively handed down by the Pai Yao as an invaluable part of their heritage

I try to add to our understanding of the relationship of the nature of the Yao community in the mountain-forest environment.

This paper deals with Southeast Asian Hill People whom foreigners call Yao. It concerns two dominant issues in anthropological discussions: recruitment of matrifiliates to allegedly agnatic descent groups and circular connubium in the Southeast Asian Highlands. I aim to demonstrate a functional relationship between these two phenomena and adoption; that each practice is an aspect of regional commerce.

Medicinal baths are an important traditional way to prevent and cure common diseases among the traditional Yao communities of Jinping County, Yunnan Province.

Duncan Campbell.- Kuang Lu’s Customs of the South: Loyalty on the Borders of Empire.

Having injured a local magistrate in an accident, he fled to live in Guangxi province amongst the Yao people.

The Charters present themselves as imperial writs and contain at least one or two narratives, which tell of the origins of the first Yao groups and legitimate their exemption from taxes and corvee labour.

The Yao in the present world

Eric Cohen.- The Dynamics of Commercialized arts: The Meo and Yao of Northern Thailand.

The dynamics of change as a consequence of commercialization of the arts of the Yao and Meo villagers and refugees of Thailand are comparatively examined within a general theoretical framework providing for multilinear artistic development.

I will present some data on the Yao people in the village of Kaisou, their settlement patters, social organization, and religion, then I will show their contacts and interrelationship with the surrounding groups

The recent importance of sports competitions and cultural displays among highland ethnic minorities in Thailand suggests a growing resonance of national forms of sociability and presentability.

Lanten is a southern pronunciation of the standard Chinese word Landian that has become the usual ethnonym for the Mun group of Yao in China.

In this paper we consider how Yao people reached northern Thailand, and why they have remained in the mountain areas.

Tapp, Nicholas C.T..- Reflections on field work among the Yao.

A personal reflection on the way recent interest of anthropologists and other international media, is affecting the lives of the Ba Pai Yao.

This study aims at learning about traditional practices as a knowledge system of agro-biodiversity conservation of the Yao people. In addition, it also tries to refer to difficulties for the Yao people in conserving agricultural biodiversity in transition.

Basic Bibliography of the Yao

A book about the Red Yao:

Maybe the first comprehensive study completely dedicated to the Red Yao, the book is published with the clear purpose of cover all the aspects of The Red Yao life and culture. In the classical descriptive style common to most of the Chinese books about the nationalities and ethnic groups, this book follows a narrative that lead the reader from the simplest facts, as are their names, population and distribution to the complex structures of their religious thought.

The main characteristics of the Yao culture according to W. Eberhard.–

The social system of the Yao was marked by absence of tribal organization and chieftaincy. The Yao were organized by clans with fixed patrilinear clan names, some of which could be traced throughout almost 2000 years.

The magical world of the Yao. Jean Pierre Cormerais.

Along the pages of this book we reader will find a rich iconography, in which the oldest paintings of the Yao tradition, taken out of private collections, share space with more recent works, showing the evolution of this artistic movement from its religious origin.

Last posts about the Yao 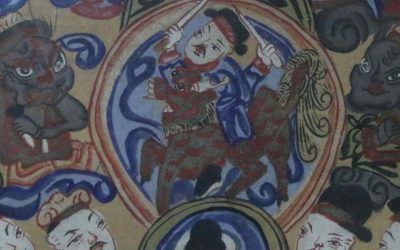 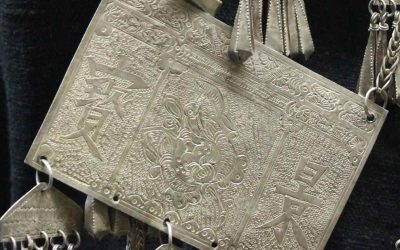 Different marriages of the Yao people

Different marriages of the Yao people Among the Yao there are different kinds of marriage, though all they have some common characteristics: - They use antiphonal songs to court each other. - They have the freedom to choose their love partners, but they not have... 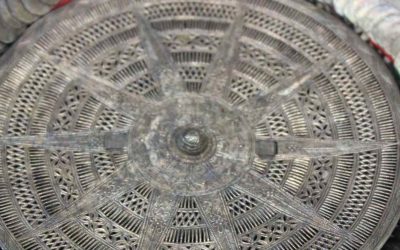 The drum of the clan among the Balou Yao

The drum of the clan among the Balou Yao The Yao are one of the peoples who inhabit the mountains of southern China. They are composed of numerous branches, with languages and cultures that are quite different. One branch of the branches is known as White Pants Yao...

We are working to republish all the old post in this new format, but due to the vast amount of post published in the last years, it is possible that old and new design posts will coexist during some months.