Location: Most of the Yugur live in Gansu province in the northwestern part of China.

The largest concentration of Yugur is in the Sunan Yugur Autonomous District. This district is only 85 km from Zhangye, one of the most beautiful cities in Gansu and a must-see stop for anyone traveling along the Silk Road.

These are fairly high lands, usually grasslands located between 2,000 and 3,000 meters high, crossed by rivers often of glacial origin.

About 20% of the Yugur people live in the Yugur Autonomous County of Jiuquan, about 200 km further west.

The languages of the Yugur

For such a small population the language situation of the Yugur is very interesting, since they speak two languages of different branches, in which many characteristics of the languages spoken in the past on the Silk Road are preserved.

The long separation that has existed between these two Yugur population clusters means that they speak two different languages, in addition to the local dialect of Chinese:

– Western Yugur, which belongs to the Turkish branch of the Altaic family, and has many words in common with Uygur and Turkish. It is important to note that the ancient numerals system of the Turkish language is still preserved in this language.

In both of them you can also find original Yugur words, as well as others that are Tibetan and Chinese loans.

From Princes to Beggars: History of the Yugur

It is thought that their ancestors were the so-called Huigu, who during the Tang Dynasty lived on the Erhun River. During those centuries their lands were the battle front among Chinese, Tibetans, Uyghurs and even Kyrgyz, which along with natural disasters and political division of tribes led them to their present location. As this area is the so-called Hexi Corridor, that strip of Gansu province that, being a little more fertile than the surrounding lands, was part of the main road of the Silk Road, they were called Huigu of Hexi.

During the Northern Song Dynasty their ancestors lived their moment of political glory when they took control of Dunhuang, called Ganzhou at that time, where they established the khanate «Ouigur of Ganzhou”. But their decline came in the mid-11th century, when they were defeated by the Western Xia (Xixia) empire that resettled them outside the Jiayuguan Pass. It is said that at that time they were about 300,000 people. Later, they became politically dependent on the Mongols, never again having a government of their own.

During the Qing dynasty they were still a numerous people, as the emperors divided them into 7 tribes, appointing a chief for each of them. Gradually they were mixed with the local populations, and in 1954 only their two autonomous entities mentioned above were recognized.

Yugur religion: From shamanism to Lamaism.

Most of the Yugur are believers in Tibetan Buddhism or Lamaism, followers of the Gelupta sect. But throughout their history they have practiced different religions. It is considered that, like many other peoples of Central Asia, they originally practiced shamanism. After the seventh century the Manichean religion flourished among several peoples of the Silk Road, including them. This religion was replaced by Chinese Buddhism, and later by Tibetan Buddhism.

The religious practices suffered a strong blow during the Cultural Revolution, being many of their temples destroyed. Some have been partially rebuilt, such as the Changgou Temple, the Minghai Temple and the Kanglong Temple, but they only have a small number of monks in their service. Many of the old religious concepts have already been lost among the young Yugur.

Researchers have discovered that primitive shamanism has survived all these centuries. Its shamans are called «Yehezhe» or «Kamu». Their most important tasks were the healing of illnesses, which were believed to be caused by evil spirits, and the expulsion of these spirits from any environment. They also presided over the two most important rituals of their communities: the sacrifice to the heavenly gods «Khan Tenggeer» which was celebrated in the first lunar month, and the sacrifices to the obo in the sixth.

More information about the Yugur

Those who want to know more about this minority are in luck. In addition to the articles published in Ethnic-China, they have a book in English about their folklore completely free: Blue Cloth and Pearl Deer: Yogurt Folklore. Translated by Zhang Juan and others and edited by Kevin Stuart.

Cite this article as: Ceinos-Arcones, Pedro, «There was a matriarchy among the Yugur?,» in Ethnic China, 12 enero 2021, https://ethnic-china.com/there-was-a-matriarchy-among-the-yugur/. 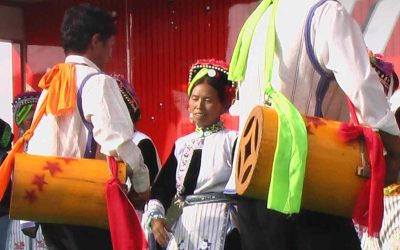 The Flood Myth, Shamans and the Sani Religion

The Flood Myth, Shamans and the Sani Religion We continue with the second chapter of Paul Vial “Los Lolos”, in which fragments dedicated to the myth of the flood and the activities of its shamans are particularly striking. CHAPTER II - RELIGIOUS TRADITIONS These... 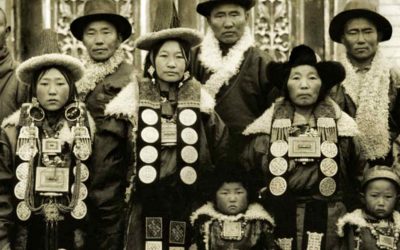 There was a matriarchy among the Yugur? The matrimonial customs of the Yugur present differences between their two main groups. Among the Eastern Yugur, girls had a time of great sexual freedom. Their rite of passage was the ceremony of making the headdress, which was... 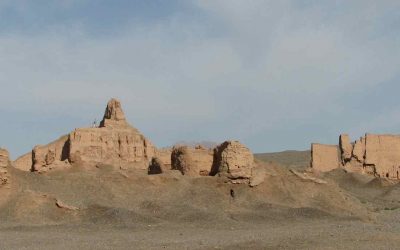 The Silk Road: Ancient communication between Asia and Europe The Silk Road is the longest and oldest commercial network on our planet, the oldest, the one used for the longest time, and the one that has had the greatest importance for the formation of the world as we...