The lion-dancers first appeared in China under the Tang dynasty (a.d. 618-906), and made their debut at the court of the kings of Tibet about the same time. The lion-dancer represents a form of the Indian mime or burlesque juggler, who originally exhibited tame lions and trained monkeys, wandering from place to place, entertaining crowds at fairs and religious festivals.

Along the high roads of Shaanxi Province in northern China are still to be seen numerous square pillars surmounted by figures of lions, monkeys, and stage-fools. In some cases the monkey squats on the lion’s back, in others it is the fool stretching out his hands into the animal’s jaws, who sits astride the lion’s back. He wears the characteristic, spacious, conical fool’s cap, the tip of which falls down in front, his countenance expressing a somewhat melancholy, but humorous good nature.

The mimes, at first, simply covered their faces with a lion mask, and it is an interesting coincidence that the European harlequin also frequently appears with the mask of the lion; for the lion had developed into the emblem of the buffoon.

Live lions were not obtainable in China and Tibet, and as their transportation from India was a costly matter, the strolling mimes soon hit upon the expedient of representing the lion’s body by a covering of cloth and using two men instead of one,—one carrying the head; the other, the hind portion; the trousers of each forming the animal’s feet.

Buddhists recognize the lion as the emblem of Buddha, who in the sacred texts is referred to as “he with the lion’s voice.» The lion is regarded as the protector of his religion; hence huge statues of lions are generally to be found in front of Buddhistic temples. In this way the lion-dance came to be looked upon also as a demon-expelling ceremony.

In Peking companies of acrobats have been organized to cultivate this specialty. The blue and yellow lions perform a contra-dance, displaying an astounding skill and agility; the eyeballs, tongue, jaws, ears, and tail in rapid motion, while the bells of the neck-collars tinkle to the accompaniment of gongs.

The lion being credited with a fondness of playing with a ball, the main feature of the performance is the pursuit by the lions of an enormous ball which is thrown in front of them or across their path. They will even leap on to the roof of a one-storied house, and jump down from there into the courtyard. 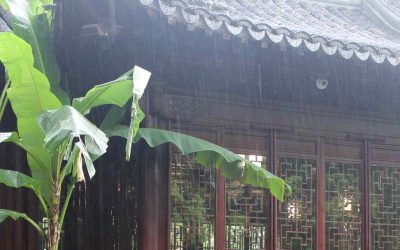 Cheng Naishan. The Blue House. Panda Books. 1989. "Cheng Naishan captivates readers with stories about the present lives of Shanghai capitalists, who have overcome 30 years of political vicissitudes, as well as the lives of their children." So begins the presentation... 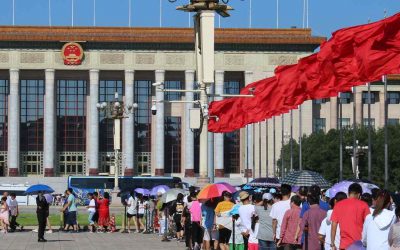 The metamorphosis of communism in China

The metamorphosis of communism in China The Communist Party of China (CPC) will be 100 years old in 2021. Of these, more than two thirds have been in power since the proclamation of the People's Republic of China in 1949. Its evolution has been far from straight, but...