In the center of Kunming there are barely a handful of temples left, but as one moves towards the outskirts one can still find some that for one reason or another, survived the turbulent times of religious repression and continue to function at the service of the believers who inhabit the nearby neighborhoods. Among them, one that stands out for its size, many are no more than an oratory, is the Zhunti Temple, located at the southern end of the charismatic neighborhood of Dashuyin.

Due to the modernization of the city the temple no longer opens onto an alley, as was usual, but its entrance is through what is now a side door, even so it has two courtyards and a total area of 1700 m2 and a pleasant atmosphere in which the old women who take care of it and the slow, very slow dripping of the worshippers stand out.

The temple was built in 1903, it was formerly called Zhunti Convent, and was dedicated to the cult of Zhunti Guanyin, hence its name. Nowadays it is very difficult to find in the cities temples dedicated especially to this female deity, and in fact this is the first one I visit after so many years in china.

For Buddhists, Zhundi generously oversees all the affairs of life, and she is considered the source of all enlightenment. In works of art she is depicted living in Polaris, the star around which all things revolve, including the destiny of each individual. She has three eyes for wise discernment, eighteen arms holding weapons to protect her people, and a dragon’s head symbolizing her power and wisdom. Each of his eighteen arms represents a particular quality of enlightenment and each of his hands forms a mudra or holds an instrument symbolizing an activity of an enlightened being.

The visit to the temple

Until recently located outside the urban center proper, the peasants preserved its structure quite well. The hall of the Four Heavenly Guardians is perhaps the most deteriorated, as it no longer faces the entrance, a small courtyard with a bridge communicates with the current entrance.  Then appears the Zhunti Hall, with a canonical representation of this goddess, and a colorful set of Ahrats on its side walls, among which suspiciously predominate female faces.

The second courtyard has two auxiliary side rooms, and in front, the Mahavira Hall with three large Buddhas, and on the sides, again, a colorful set of Ahrats. It has also two auxiliary halls, one on the right where Guanyin is venerated, and another on the left with two iconographic programs, the first dedicated to the God of Wealth, as always riding a tiger, and the second, at the back, dedicated to the deities of motherhood, as each of the images worshiped here holds one or more children.

These small halls also show us that today much of the cult arrives somewhat removed from the metaphysical ideals with which Zhunti was once associated, and visit the temple more to give expression to their religious feelings and to ask the Buddhist deities for help in the vicissitudes of life.

How to get there: Subway: Dashuyin Station. Line 3.

Cite this article as: Ceinos-Arcones, Pedro, "The Zhunti Temple in Kunming, a cult to a mysterious goddess," in Ethnic China, 17 febrero 2021, https://ethnic-china.com/the-zhunti-temple-in-kunming-a-cult-to-a-mysterious-goddess/. 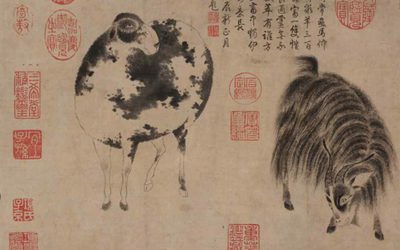 The goat in the Chinese horoscope

The Goat in the Chinese horoscope The goat and the sheep are confused in the symbolism of Chinese culture, as both are written with the Yang character 羊, specifying that the sheep gives wool (绵羊) and the goat lives in the mountain (山羊), in general, both have an...

The Pig in the Chinese horoscope

The Pig in the Chinese horoscope The pig in Chinese culture is an ambiguous character. It is seen as fat and ugly, feeding on the dirtiest things, but at the same time, its meat is the most appetizing for the Chinese. His meat is "meat" in general, as an archetype of... 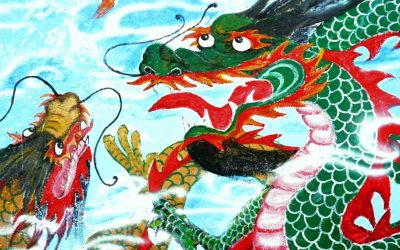 The Dragon in the Chinese Horoscope 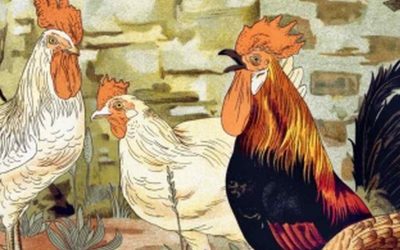 The Rooster in the Chinese horoscope

The Rooster in the Chinese horoscope In Chinese culture, as in many others, the rooster is closely associated with the sun. In some myths it is only in charge of calling the sun to rise every morning, a task in which other animals have failed, in others the rooster is... 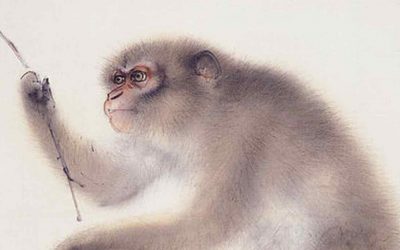 The Monkey in the Chinese Horoscope

The Monkey in the Chinese Horoscope  In the Chinese culture the monkey has a role similar to the one that Darwin gives him in the evolutionary scale. As man's younger brother, he participates in many of his qualities, in addition, in many occasions he enjoys the... 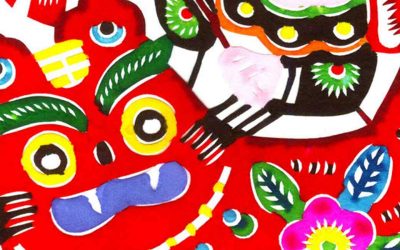 Dog in the Chinese horoscope  The dog is one of the most important animals in Chinese culture and is the first of the domestic animals that accompanied the ancestors of the Chinese in their activities on earth. From very early on it played a decisive role in the... 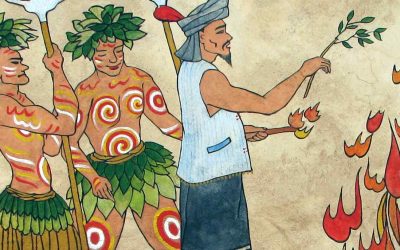 The Tiger in the Chinese horoscope

The Tiger in the Chinese horoscope The tiger is the king of animals for the Chinese, it plays a role similar to that of the lion in the West. It is therefore associated with dignity and power. As well as with a certain benevolent air in dealing with men. It is...

What are four tigers doing in a Chinese Buddhist Temple? After visiting the Yunnan Provincial Museum, with its exuberance of images of tigers and bulls I strolled around in Guandu Old City. The streets were full of people and I entered the Fading Temple to enjoy the...

The sung funeral of the Kucong of China

The sung funeral of the Kucong Among the Kucong, one of the peoples who have most persistently maintained their isolation in the mountainous areas on the border of China and Laos, the different stages of the funeral are celebrated through music, which gives the...