History of Dunhuang, crossroads of cultures on the Silk Road

History of Dunhuang, crossroads of cultures on the Silk Road

Dunhuang is one of the most fascinating cities on the Silk Road, although it now appears to be asleep, in the sleep that the improvement of communications in recent centuries has brought to the great cultural nodes of the past. Dunhuang is one of the most famous cities in China for two reasons: the frescoes in its Buddhist grottoes, and the magnificent multilingual library discovered in one of them at the beginning of the twentieth century. Both treasures point to Dunhuang as an important center of cultural exchanges, the last city in China and the first in Central Asia. The frontier between agriculture and the desert, between Buddhism and Islam, Chinese characters and Arabic script, between two or three worlds (for at the time of Dunhuang’s greatest splendor the Tibetans also dominated the Silk Road), each of which left in Dunhuang some of its most precious treasures.

To understand the importance of Dunhuang we will have to spend a few days and visit the range of monuments found nearby, but first we must know some basics of the history of Dunhuang.

Although there is no concrete historical news about Dunhunag prior to its occupation by Han dynasty garrisons in 111 B.C.E., it is believed to have been an important meeting point for several nomadic peoples, including the Ruoqiang, the Yuezhi, the Wusun and the Xiongnu. And since all of these peoples maintained open communications with peoples living further west, Dunhuang’s role as a trading post must have predated the arrival of the Chinese. 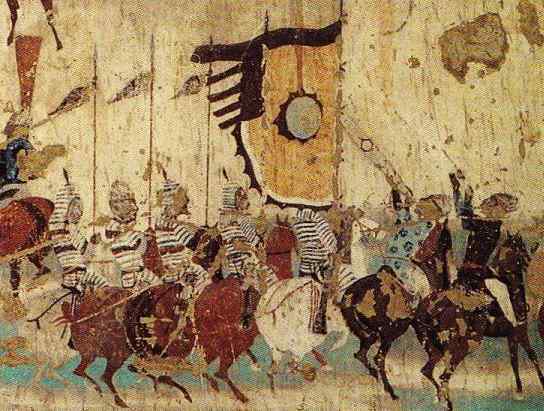 The prefecture established at Dunhuang in 111 b.c.e. was the point from which the Han emperors attempted to develop their alliances with the peoples to the west in order to resist the attacks of the Xiongnu. The chronicles of that dynasty say that «dun» means large, and huang «great», so «dunhuang» would mean great place, but it is possible that it was just a transliteration of the local name.

Since that «founding» of the city, for 20 centuries, Dunhuang has gone through periods of independence, and others in which it was ruled by each of the great empires of the time. In the Eastern Han Dynasty, after General Ban Chao retreated eastward from the western region, Dunhuang became a garrison and its political and military importance grew.

As it was an administrative center for the control of the western regions until the end of the Han dynasty, military policies promoting the settlement of soldiers in the regions where they were stationed brought an important Han population base to the area, which led an independent life during the Three Kingdoms era, being later integrated, during the 4th and 5th centuries into the politics of northern China, as a territory of the so-called Eastern and Western Jin dynasties. Far from the main war scenarios, the population expanded very rapidly thanks to the arrival of immigrants. The economy developed and Buddhism became increasingly important. In 336 the first cave of the Mogao Grottoes was excavated.

In the 5th century it was part of the domains of the Northern Wei dynasty, and there is no doubt that the impulse of construction of Buddhist monuments that characterizes this dynasty (as evidenced by the caves of Yungang, Longmen and many others) was also felt in Dunhuang, then called Guazhou. 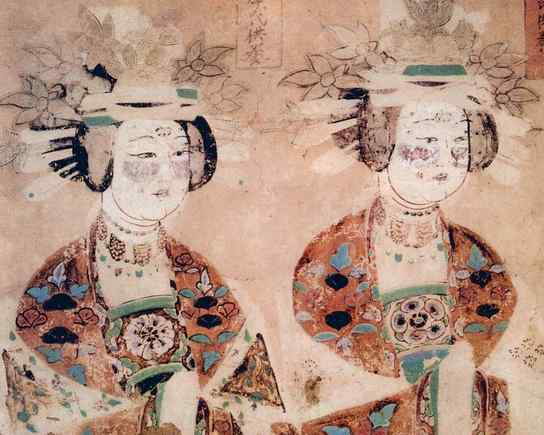 With the Tang dynasty, called Shazhou, a period of great instability began in Dunhuang. It was only under Chinese administration (often supported by the Uighurs) until 781 when it was conquered by the Tibetans. Sixty-seven years later, with the disintegration of the Tibetan empire in 848, Zhang Yichao, a native of Shazhou, led a popular uprising and recaptured the city. After thirteen years of warfare, he succeeded in retaking the five counties of the Hexi region. After a little more than a century of relative peace and autonomy, in 1036 it became part of the Western Xia Tangut empire. It was under their rule for only a century, for in 1127, the Mongols invaded the region and made it the district capital.

Around 1272, Marco Polo arrived in Shazhou after a month’s journey through the desert. In his Travels it is recorded: «the city is subject to the Great Khan. It is in a province called Tangut, whose inhabitants are all idolaters, except that there are some Turks who are Nestorian Christians and also some Saracens. The idolaters speak a language of their own. They do not live by trade, but by the benefit of the grain they harvest from the land. They have many abbeys and monasteries, all filled with idols of various forms to which they make sacrifices and do great honor and reverence.»

After the fall of the Mongols Dunhuang belonged to the Ming dynasty, was later conquered by the Turfan kingdom in the 15th century, and finally incorporated into China in 1723.

In addition to the Chinese, Xiongnu, Sogdians, Uighurs, Tibetans, Kotanese, Tanguts, Mongols and many other peoples also lived in the city for centuries, and all of them left their cultural mark. An imprint that has been preserved in the works of art in the Mogao Grottoes and in the literary works preserved in its impressive library.

If we strive to find a city on our planet that has been a continuous frontier over the last 2,000 years, few cities can compete with Dunhuang, the crossroads par excellence, where the countryside and the desert divide and the Silk Road forks into its northern and southern branches. After this brief introduction, when the traveler strolls through its streets and neighborhoods, he will be able to say with Napoleon, «From these deserts and mountains two thousand years of history behold us.»

To cite this post: Ceinos-Arcones, Pedro, "History of Dunhuang, crossroads of cultures on the Silk Road," in Ethnic China, 20 marzo 2021, https://ethnic-china.com/history-of-dunhuang-crossroads-of-cultures-on-the-silk-road/.